Child recruitment in the armed conflict in Afghanistan 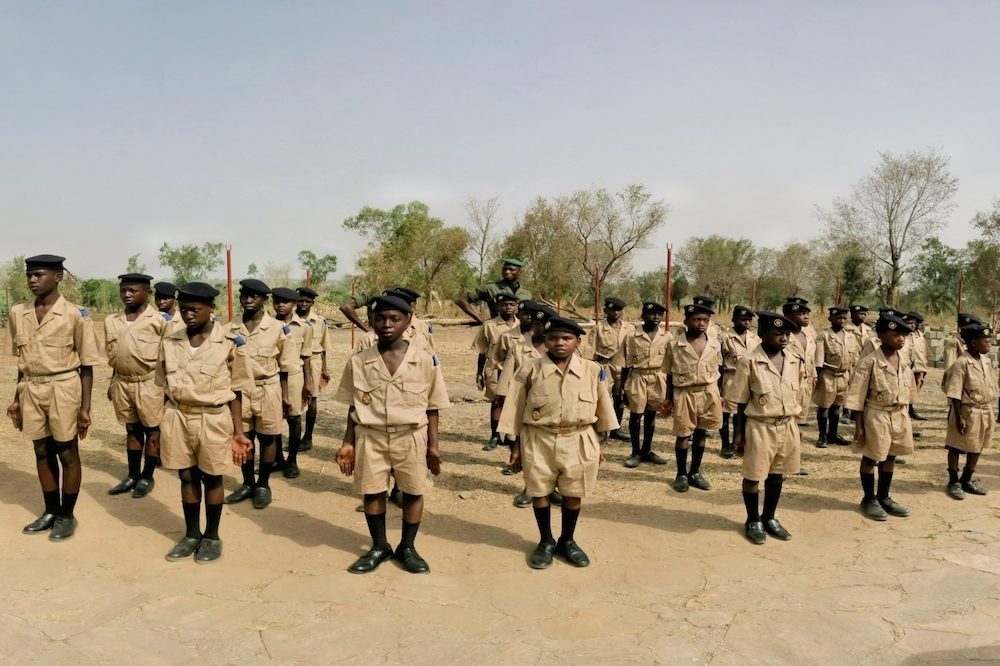 Last June, the non-governmental organization, Human Rights Watch, issued a report on children detained in Afghanistan for alleged association with armed groups. According to this report, the Afghan authorities are detaining hundreds of children for alleged links with the Taliban and with the Islamic State of Iraq and the Levant – Khorasan Province (ISIL-KP).
Despite international recommendations that minors recruited for war should be seen as victims and not as perpetrators, and that deprivation of liberty should be the last resort and this should be in juvenile rehabilitation centers, in Afghanistan there have been sentences of up to 15 years for the most serious crimes for young people between the ages of 16 and 18; “(m)any are detained by the police or the intelligence service before being finally transferred to a juvenile center or for the duration of their sentence. Some who appear older than their actual age may be detained in adult prisons, although many Afghan children do not have age documentation”; furthermore, many of these children are reported to be tortured or ill-treated to a greater degree than adults (1).
The Secretary General’s Report on Children and Armed Conflict of June 2021 informed the Security Council that, in the countries analyzed by this report that are in a context of armed conflict, 85% of the children recruited are males; however, 98% of sexual violence was committed against girls. According to this Report, in 2020 the United Nations verified the recruitment and use of 196 children, 172 where attributed to the Taliban, 8 to the Afghan Local Police and pro-government militias jointly, and the rest to other Afghan authorities. Children were used in combat, including improvised explosive device attacks, intelligence gathering, personnel checkpoints, and subjected to sexual practices (2)

The crime of forced recruitment of children
The recruitment of children for armed conflict has sadly been very common in war-torn countries. Recruited children are used as “cannon fodder” to carry out suicide terrorist attacks, place them in front-line combat, among other things. The United Nations Office on Drugs and Crime (UNODC) explains that, as a general pattern, older children are recruited into armed units to actively participate in hostilities, while younger children are used to other tasks like bodyguards, messengers, spies, etc. (3)
The objectives behind the recruitment of minors are several, the UNODC mentions that some of them are: 1) the need to increase their ranks, 2) children are a docile human resource easy to control and manipulate, 3) tactical and strategical advantages, since minors are more likely to slip away, enter small places, etc., 4) in the case of terrorist groups, the use of children serves to instill terror; among other reasons (4).

International law
The recruitment of minors is part of the six serious violations of minors in times of war, which the Security Council -in the first Resolution it issued on children in armed conflicts- identified and condemned. These are: 1) killing and maiming of children, 2) recruitment and use of children by armed forces and armed groups, 3) sexual violence against children, 4) attacks against schools or hospitals, 5) abduction of children and 6) denial of humanitarian access for children.
On the other hand, the Convention on the Rights of the Child obliges the States Parties to respect the norms of international humanitarian law, to adopt “all possible measures to guarantee that persons who have not reached the age of fifteen do not participate directly in hostilities. ”And to adopt all possible measures to guarantee the protection and care of children affected by an armed conflict. It also prohibits torture and other cruel, inhuman or degrading treatment or punishment against children. And it mentions that the detention or imprisonment of a minor will be used only as a measure of last resort and for the shortest period of time (5).
Although the Convention on the Rights of the Child prohibits the recruitment of minors under the age of fifteen, the Optional Protocol to said Convention on the Participation of Children in Armed Conflicts asks the States Parties to guarantee that minors who are party to of their ranks do not participate directly in hostilities. Also, the Protocol indicates that the States Parties must take actions to demobilize minors, to give them adequate and necessary protection and to reintegrate them into society (6).
On the other hand, the Paris Principles on the Participation of Children in Armed Conflicts indicate that children who have committed a crime while they were part of the armed forces or armed groups should be considered as victims and not only as perpetrators. Therefore, they must be treated in «a framework of restorative justice and social rehabilitation, in line with international law that offers children special protection through numerous agreements and principles» (7).
Furthermore, the Convention on the Worst Forms of Child Labor of the International Labor Organization establishes that “forced or compulsory labor, including the forced or compulsory recruitment of children for use in armed conflict” is one of the worst forms of child labor ( 8).
For its part, the UNODC has stated that the forced recruitment of children is one of the main forms of human trafficking in armed conflicts, together with trafficking for sexual exploitation, trafficking for sexual slavery, trafficking for forced marriages and trafficking for the purposes of labor exploitation (9).
Finally, the forced recruitment of children is considered a war crime under the Rome Statute (a treaty that creates the International Criminal Court) for being a violation of international humanitarian law. For this reason, the Court has the power to prosecute any person who, in times of war, enlists persons under 15 years of age into its ranks.

Children and youth in peacebuilding
In addition to the urgent need to prevent more children from being recruited, to demobilize those who are already part of the ranks of armed groups, to give them the necessary protection from a child and youth perspective, and to reintegrate them into society, it is also necessary that they be included in the peace negotiation processes.
Currently, a negotiation process between the United States and the Taliban is underway in Afghanistan. Part of this process has been the negotiation of the release of detainees. It is imperative that minors are also released.
It must be remembered that peace is not limited to ending war, but is about building attitudes, institutions and structures that build peaceful societies. For this reason, it is vitally important to begin to see children and young people as peace builders.
Listening to their experience in the armed conflict and their opinion on how to build peace is, without a doubt, a very valuable tool for reconciliation, transformation and construction towards peaceful societies. Without them, peace is not sustainable, since it is they and they who will direct and inhabit our world in the future.

(3) United Nations Office on Drugs and Crime. 2018. Trafficking in persons in the context of armed conflicts. https://www.unodc.org/documents/data-and-analysis/glotip/2018/GloTIP2018_BOOKLET_2_Conflict.pdf

(4) United Nations on Drugs and Crime. 2017. Handbook on Children Recruited and Exploited by Terrorist and Violent Extremist Groups: The Role of the Justice System. https://www.unodc.org/documents/justice-and-prison-reform/Child-Victims/Handbook_on_Children_Recruited_and_Exploited_by_Terrorist_and_Violent_Extremist_Groups_the_Role_of_the_Justice_System.E.pdf

(6) Optional Protocol to the Convention on the Rights of the Child on the Participation of Children in Armed Conflict, New York, May 25, 2000, United Nation Treaty Series, vol. 2173, No. 27531, p. 222, Available at: https://treaties.un.org/Pages/ViewDetails.aspx?src=TREATY&mtdsg_no=IV-11-b&chapter=4

(7) Principles and Guidelines on Children Associated with Armed Forces or Armed Groups, February 2007, available at: https://www.unicef.org/mali/media/1561/file/ParisPrinciples.pdf

Reflections on art and the war in Ukraine